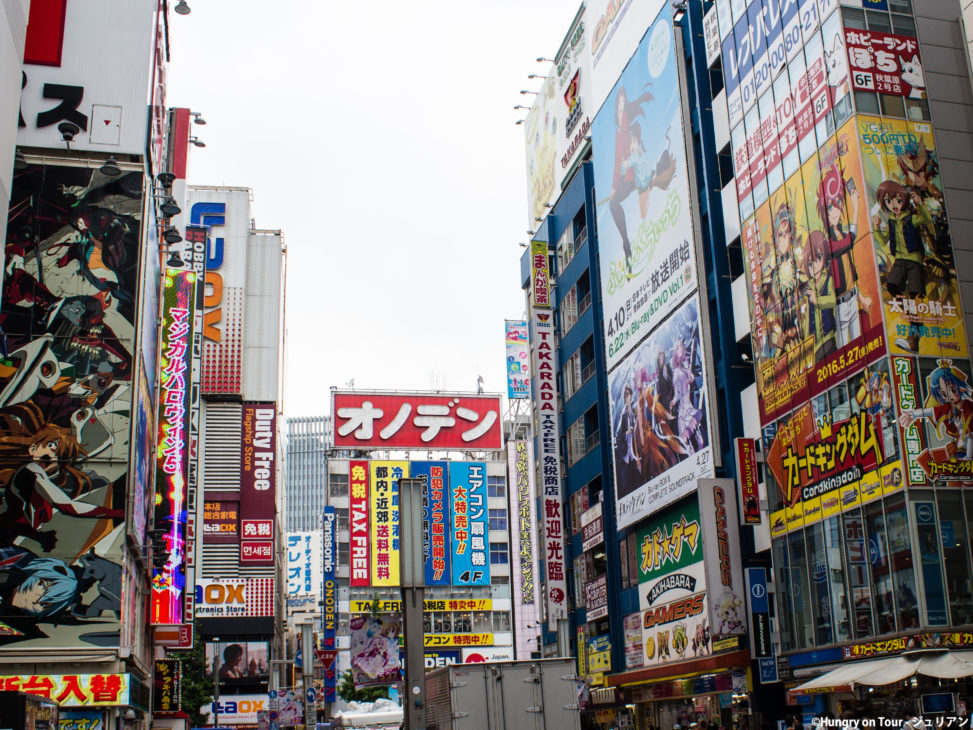 When you ask somebody of Japanese culture I think you get either Geishas and Samurais as an answer or Anime and crazy TV shows. It seemed to me that this old and so well preserved culture which still upholds its traditions and customs like the tea ceremony and table manners so dearly, nevertheless has also shaped a pop culture which couldn’t be more extreme. The traditional “you are one of many” and pre-defined place in society has been challenged by a pop culture defined by Anime, J-Pop and its very own kind of Tokyo subculture. Thus it does not surprise that once you enter Akihabara, the electric city district in Tokyo, you feel like entered another dimension of Japan. 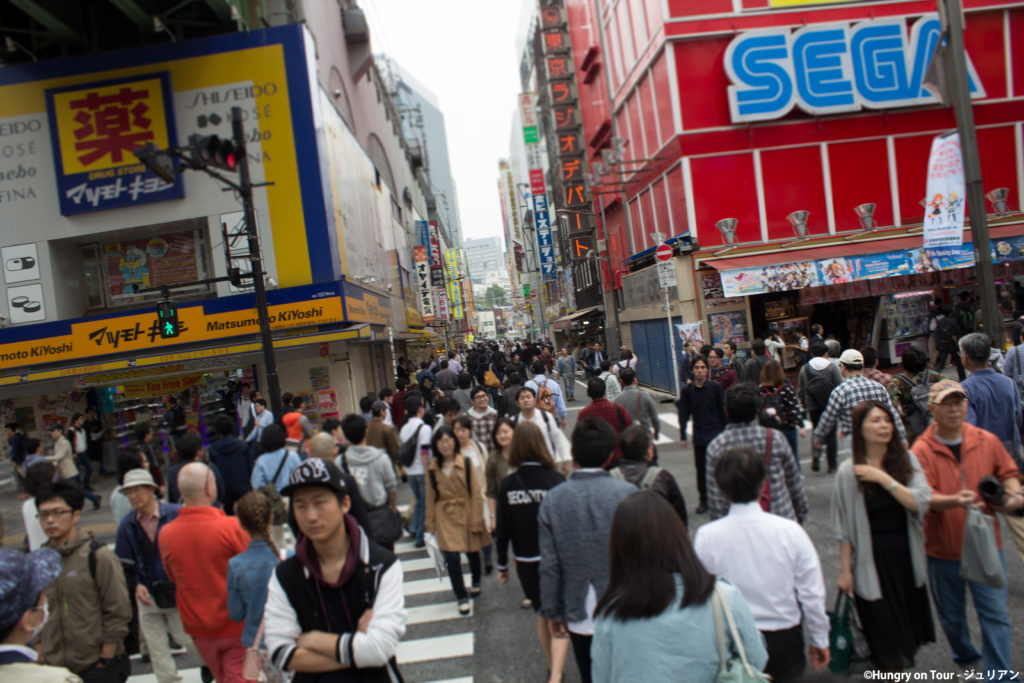 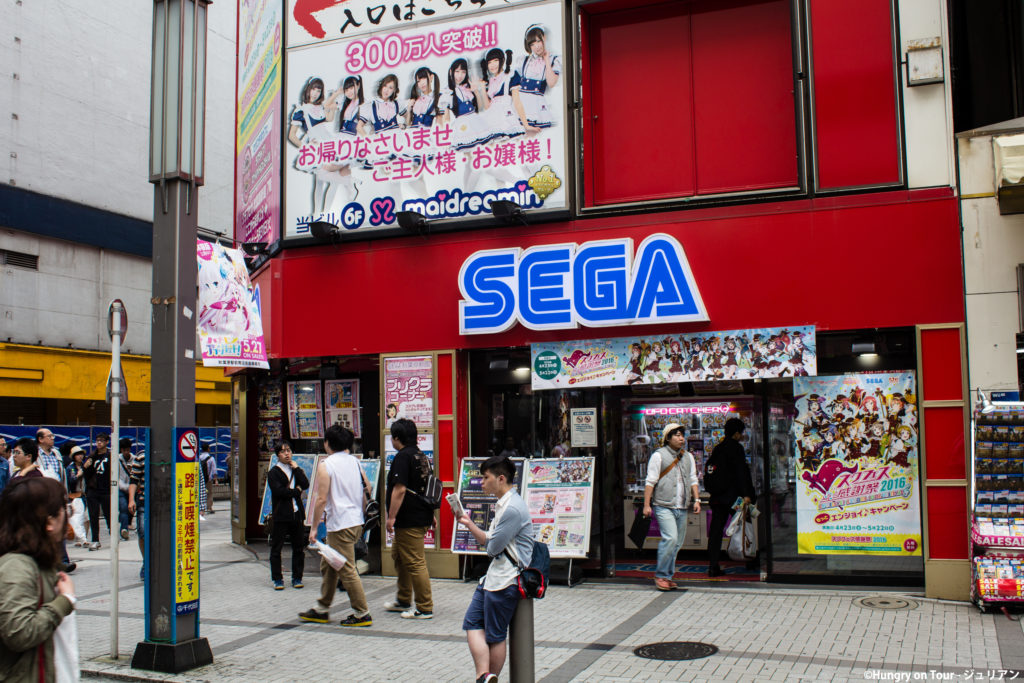 Here, it seems like people escape the dullness of big company office jobs and exchange it for Anime cinemas, electronic department stores, trading cards (e.g. Yu-Gi-Oh if you like me have no clue about it), erotic manga stores, lots of cosplay (dressing up like your favourite manga character) and several shady cafes with waitresses dressed like maidens (see ad on the picture above). It is soo much fun to just walk through all the stores and watch the mass of people. Just the sheer amount of games, cards and fan merchandise is insane as I’ve never seen something similar in any other place. Not even in other parts of Tokyo. 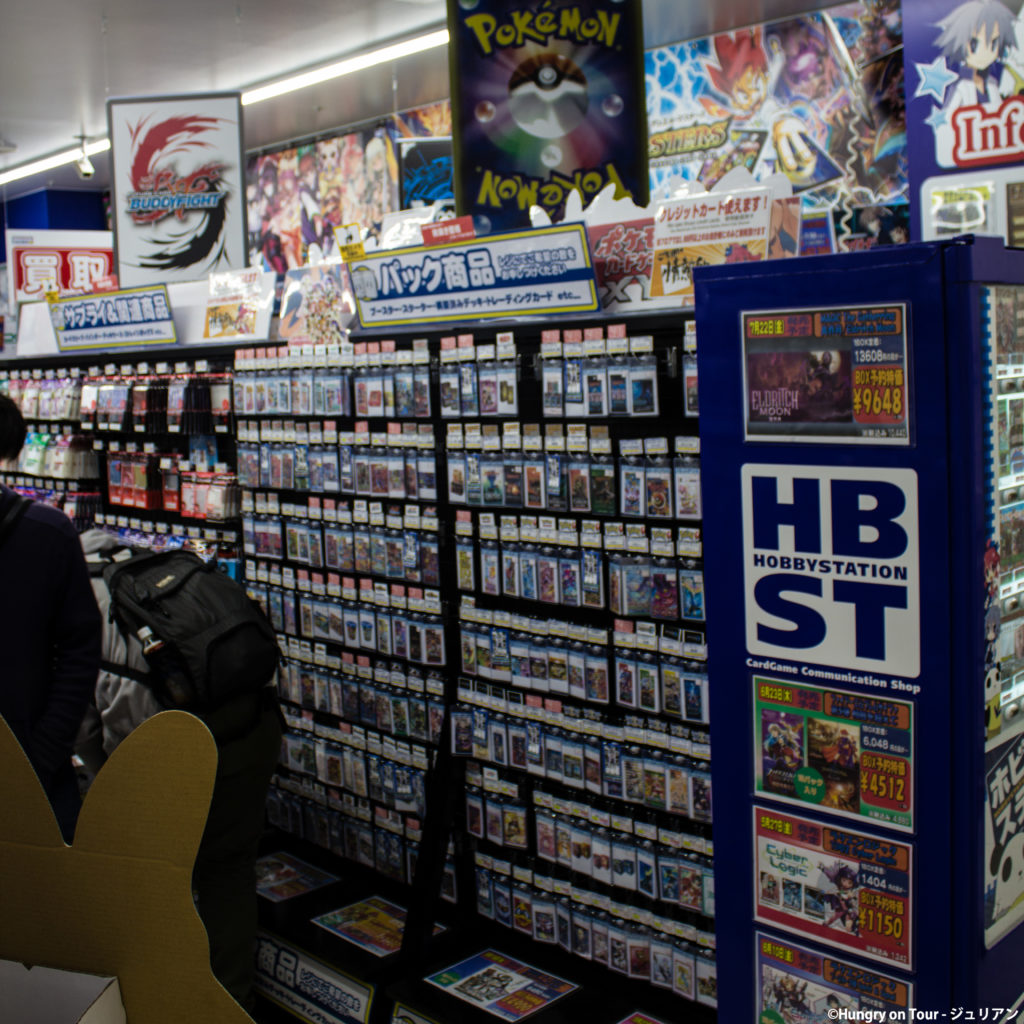 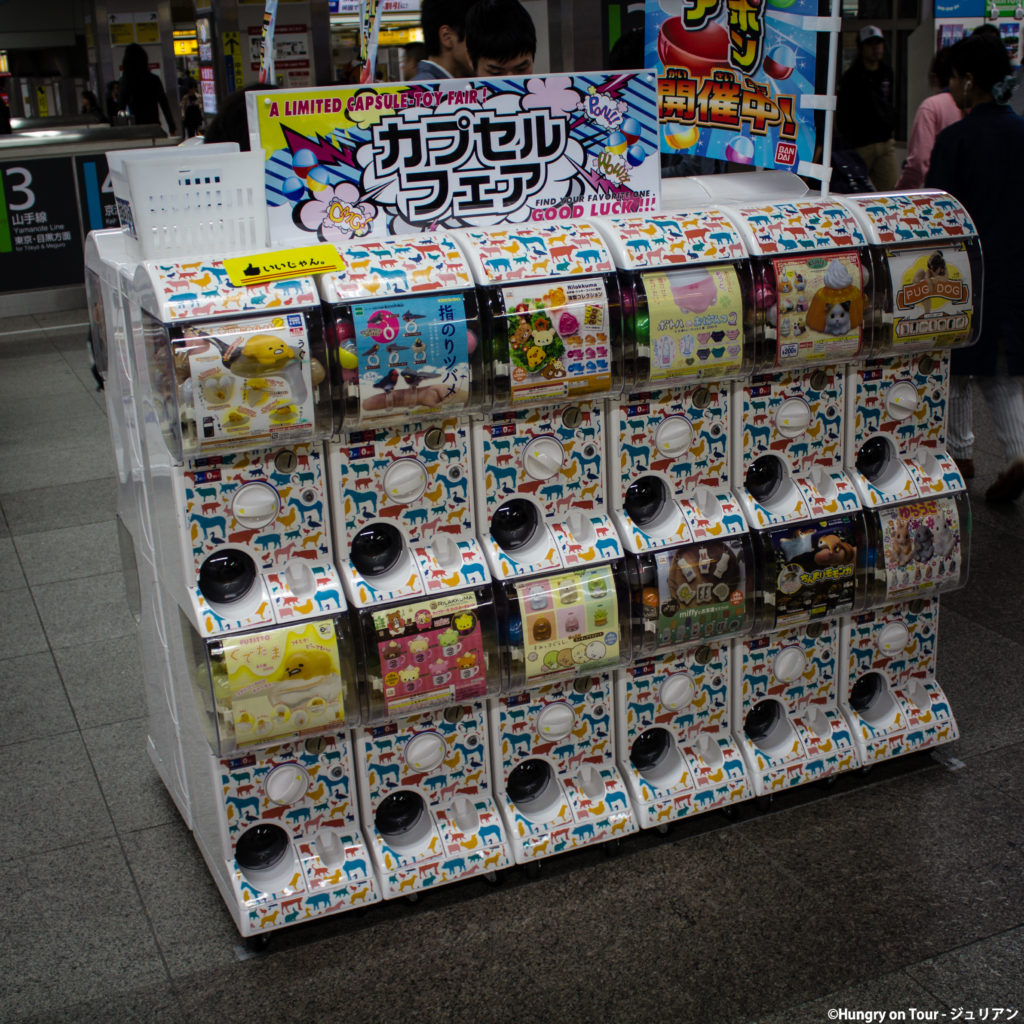 Ball machine with various games and figures inside

Isn’t it weird to see so much about Sega again? I did not even know that this brand is still existent. It reminded me more of my early childhood days in the early nineties when my cousin used to have a Sega console way before Super Nintendo and Playstation kicked off.

Akihabara is also the best place to by ANY kind of electronic equipment; from expensive cameras over computer and TVs to microwaves or hardware parts to glue together your own inventions. 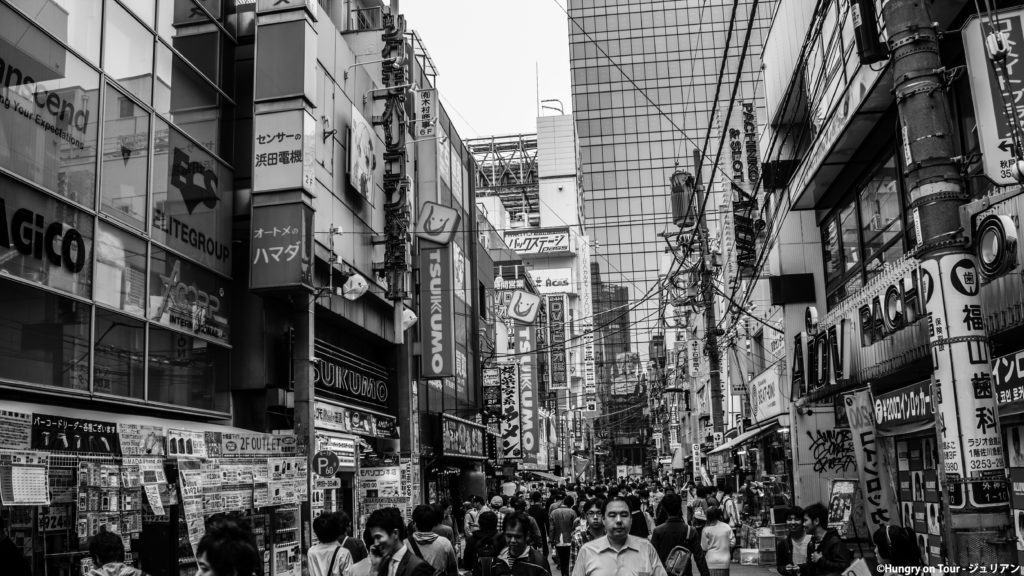 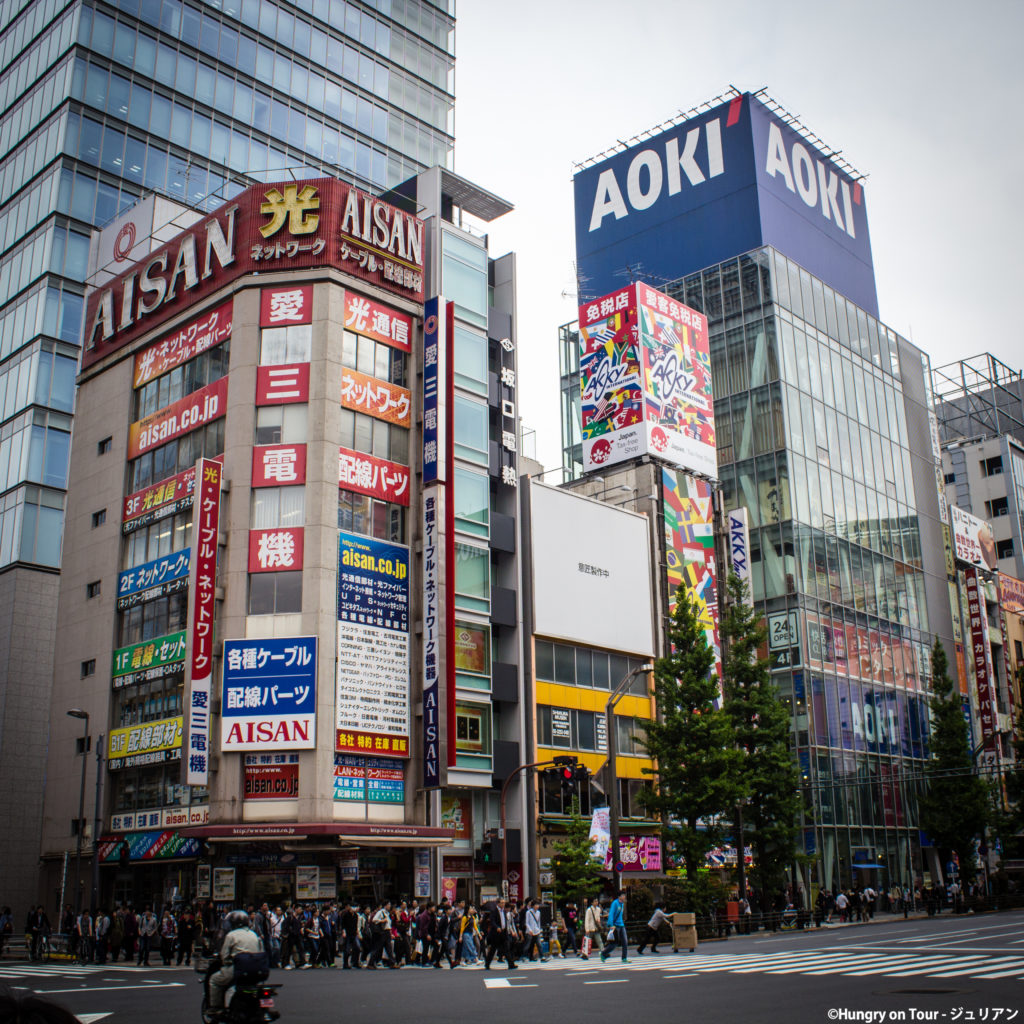 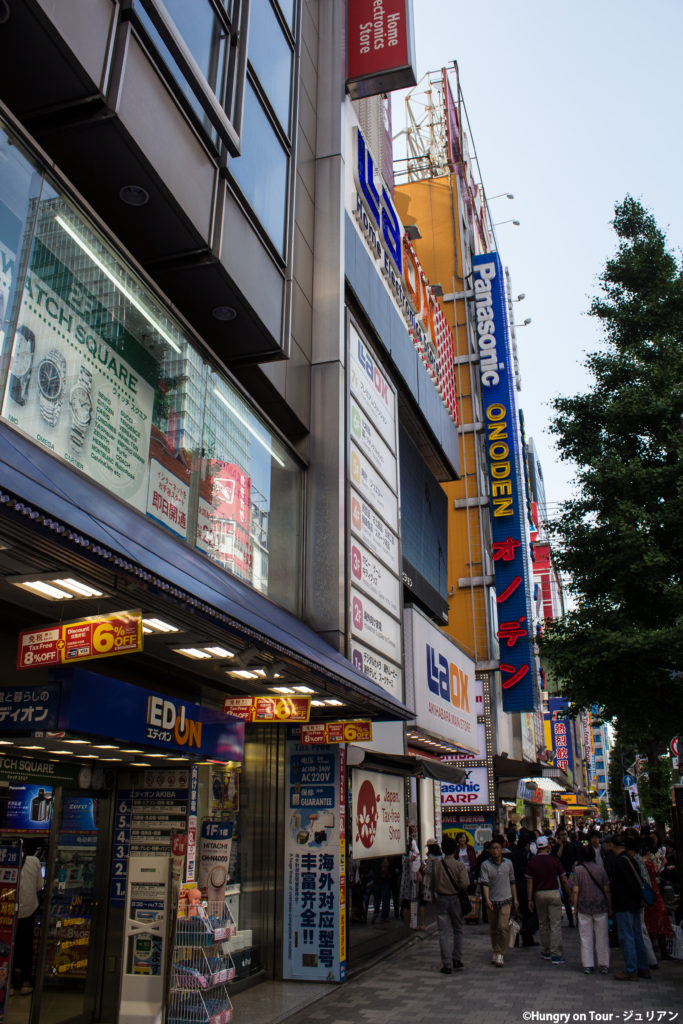 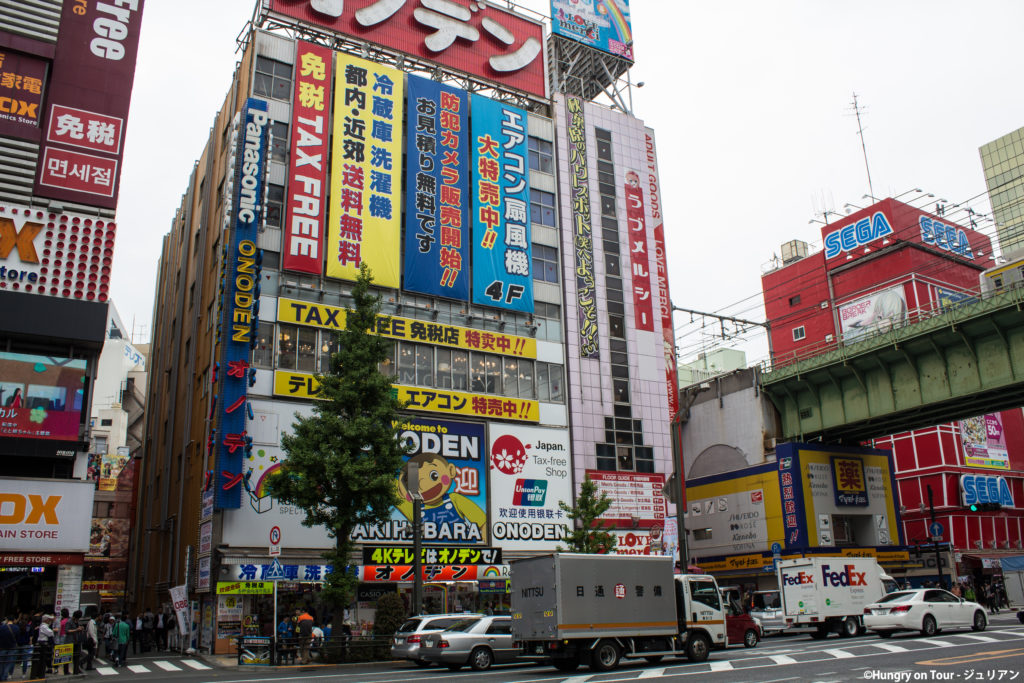 What became really obvious when walking around in Tokyo is their preference to cluster certain kinds of shopping destinations together to create certain districts of expertise. You have the electronics and Anime/Manga in Akihabara, second-hand books in Kanda and I also found a musical instrument area where they only sell instruments. Nothing but instruments. 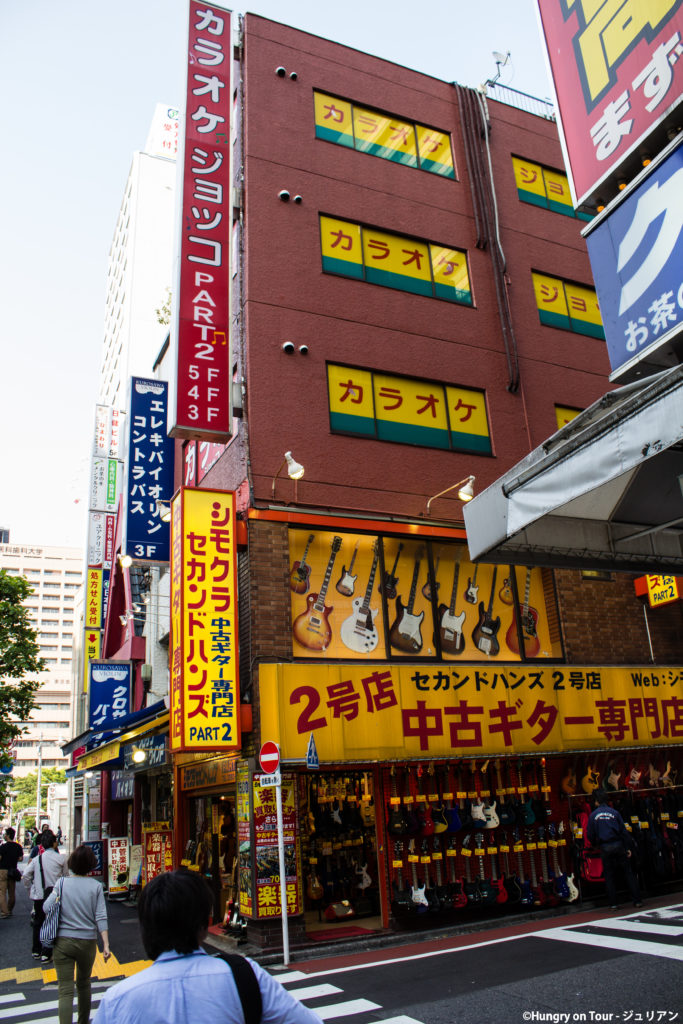 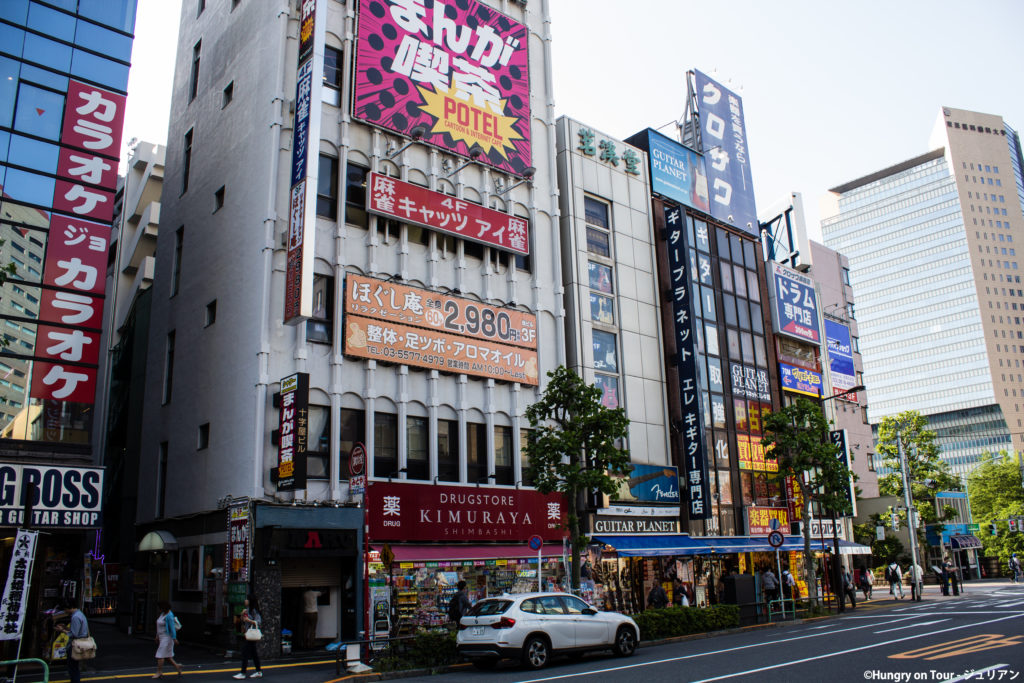 In case all this is too crazy for you Akihabra also has a pretty hip shopping and coffee area, mAAch ecute Kanda Manseibashi, within the old Manseibashi Station. There you can find nice designer goods. I even found a lot of Scandinavian design furniture and interior design products. 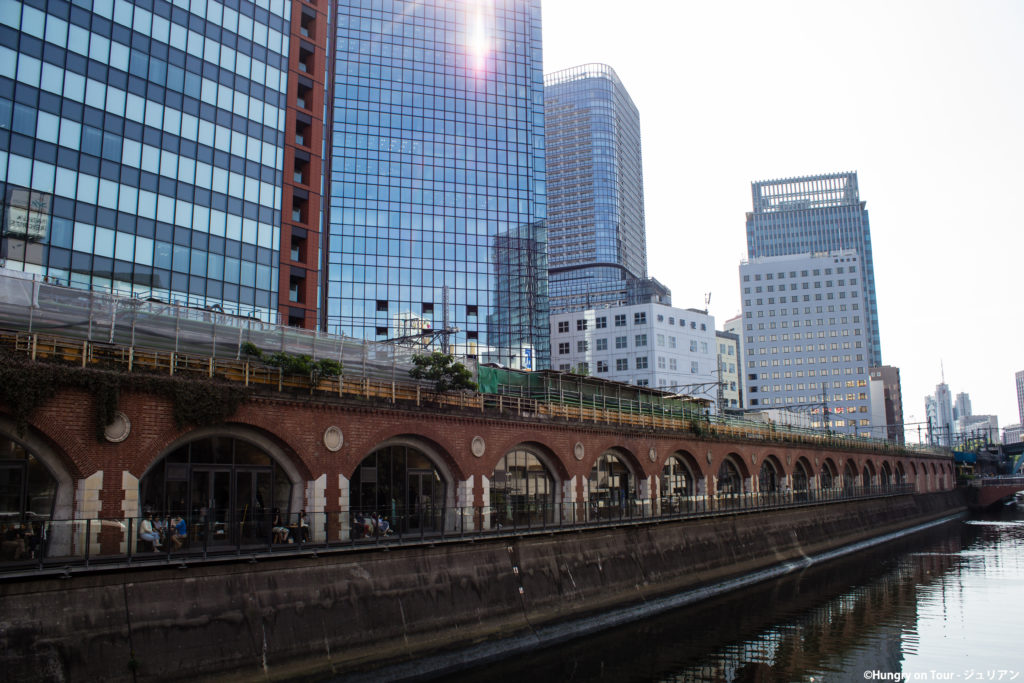 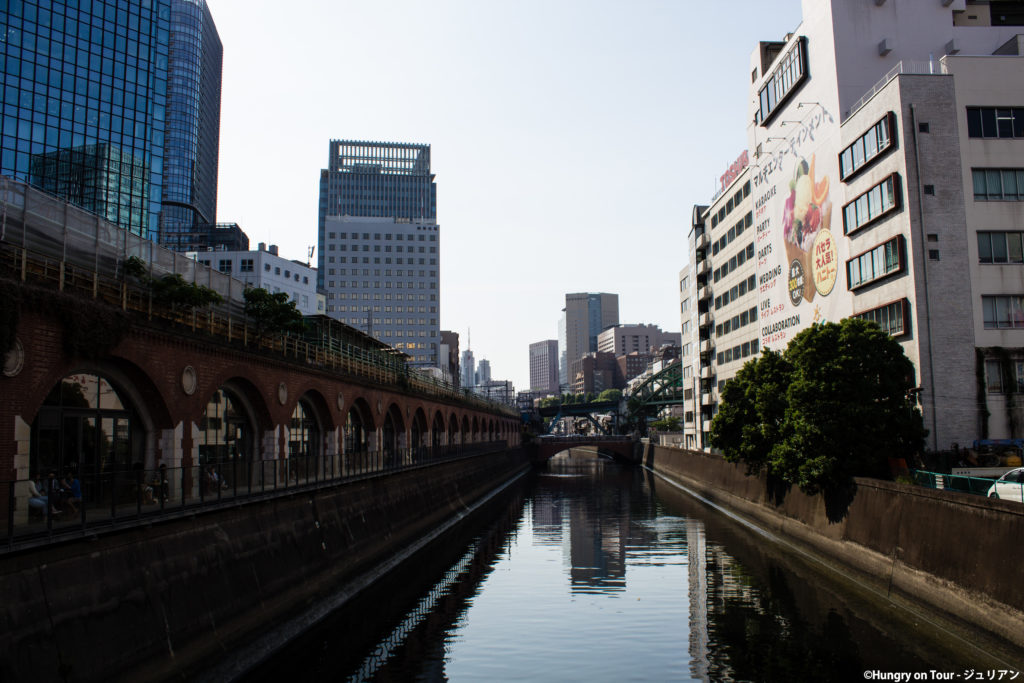 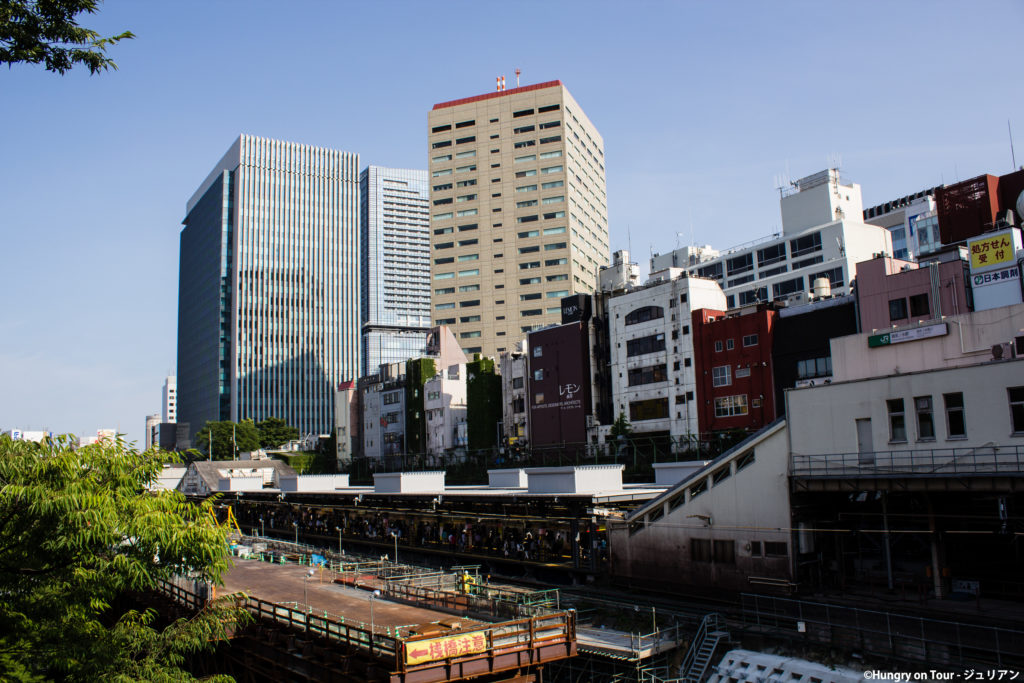 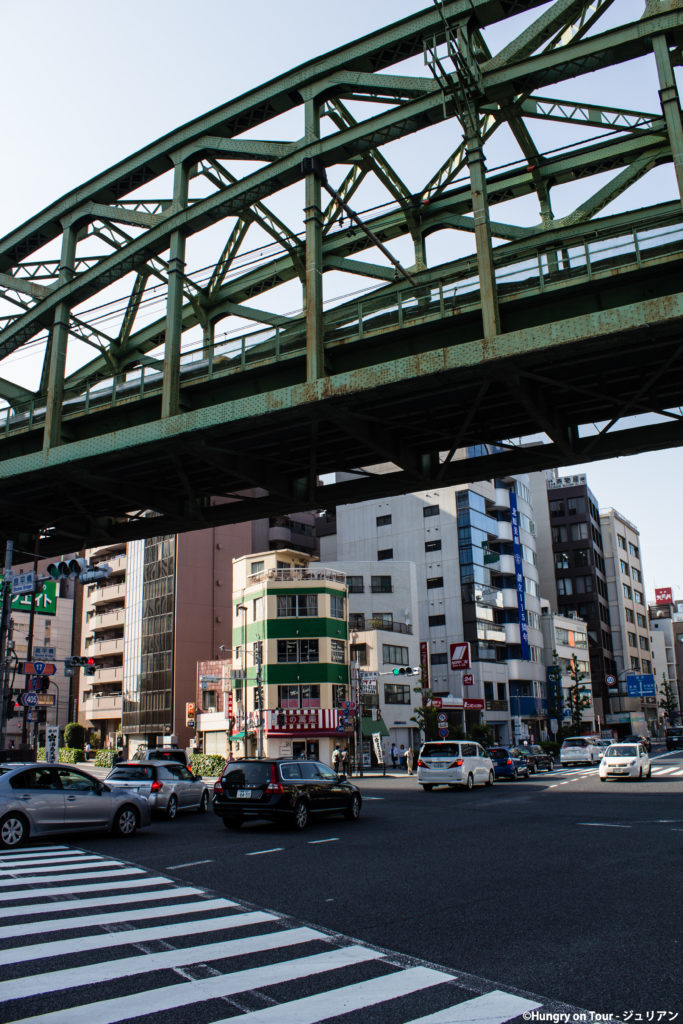 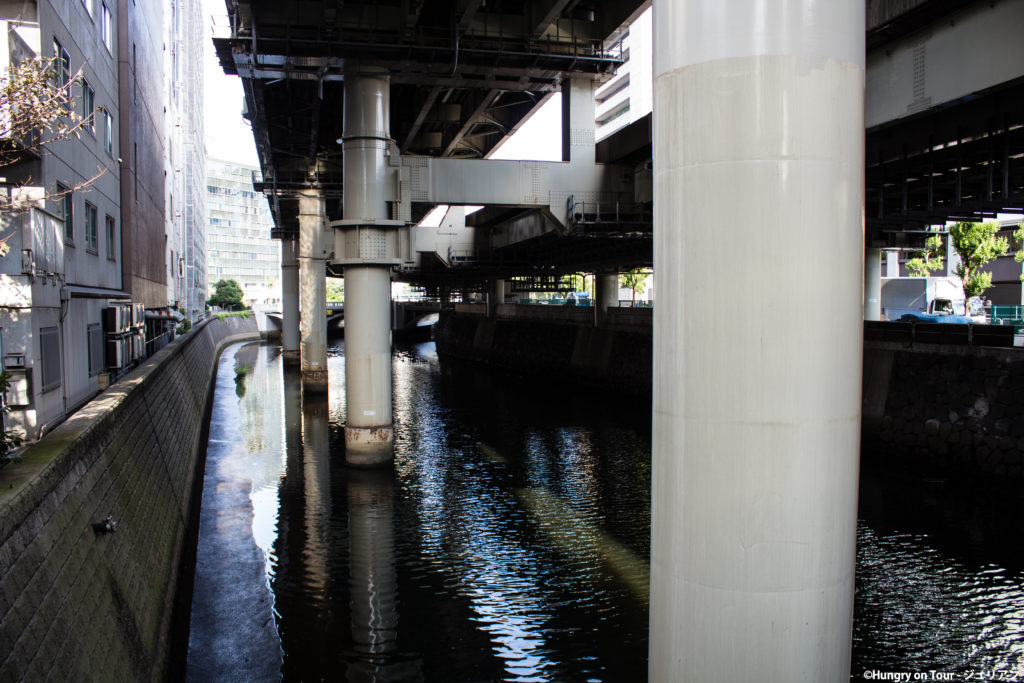