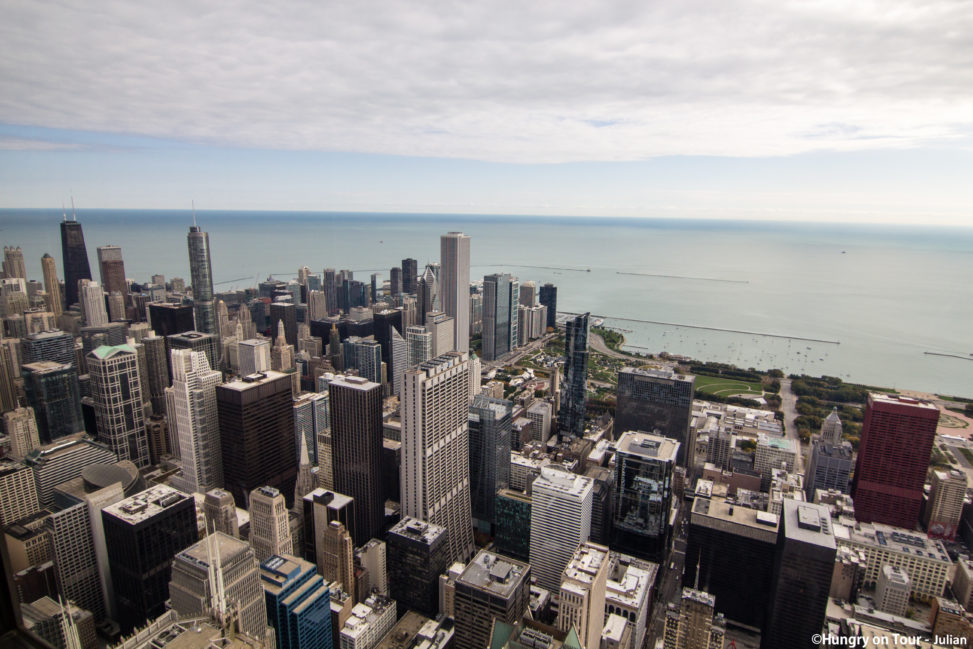 Discovering the Loop – 50 shades of steel

The Loop, the financial and historic heart of Chicago, is basically build purely with skyscrapers nowadays. From the beginnings of highrise architecture of the early 1900’s with Frank Lloyd Wright in the center of it, the world famous skyscrapers from the 1970s with the Sears Tower (nowadays called Willies Tower) and the Hancock Building by Skidmore, Owings & Merrill and plenty of 21st century skyscrapers with its charateristic glass design which makes the bulidngs look like a big mirror in the sky.

Already when approaching the airport you could get a first glimpse on the skyline from the airplane. 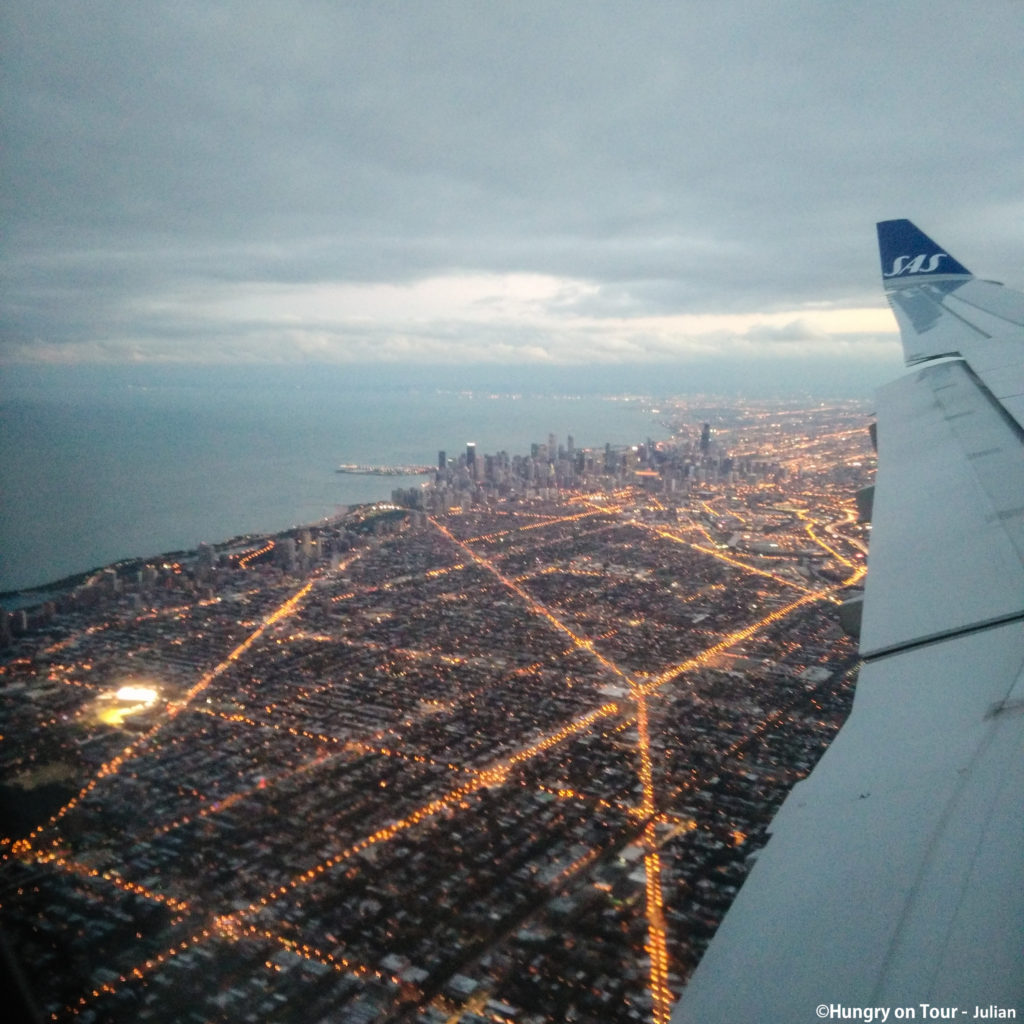 My first day in the loop was on a weekend so as a result I could enjoy it in a rather relaxed atmosphere. As it mostly houses businesses the streets are packed with suits running around on weekdays. The incredible height of the buildings still fascinates me even though it was not the first time I’ve been in a city full of skyscrapers having been in Toronto and Tokyo.

When entering the loop from River North you get drawn into this high-rise surrounding making you feel so small and insignificant. I wouln’t want to live in a building with I don’t know how many thousand other folks. 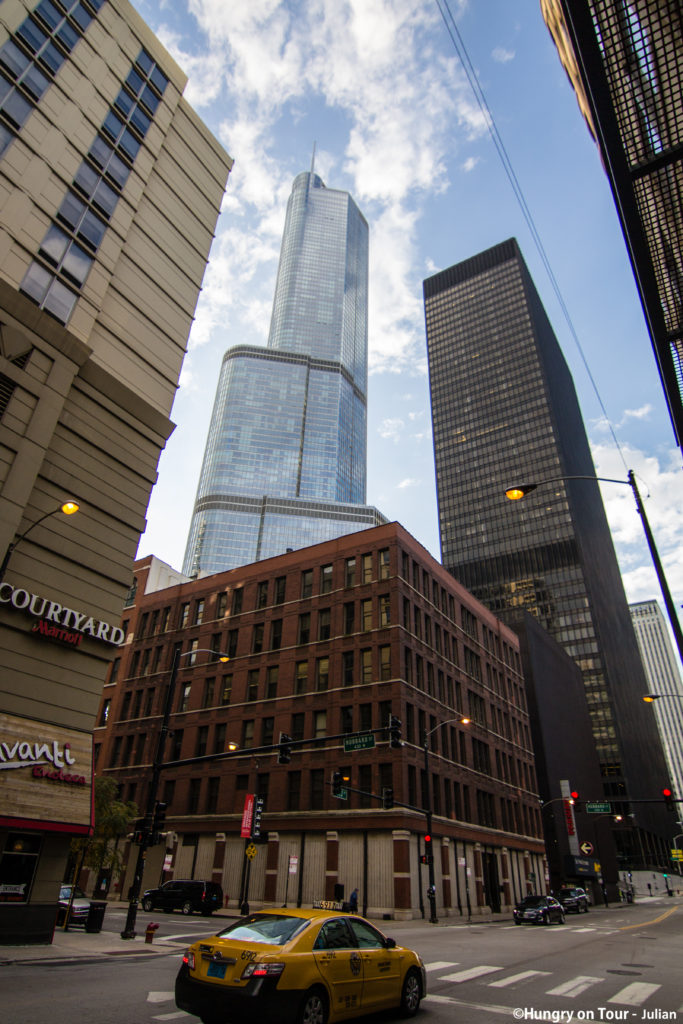 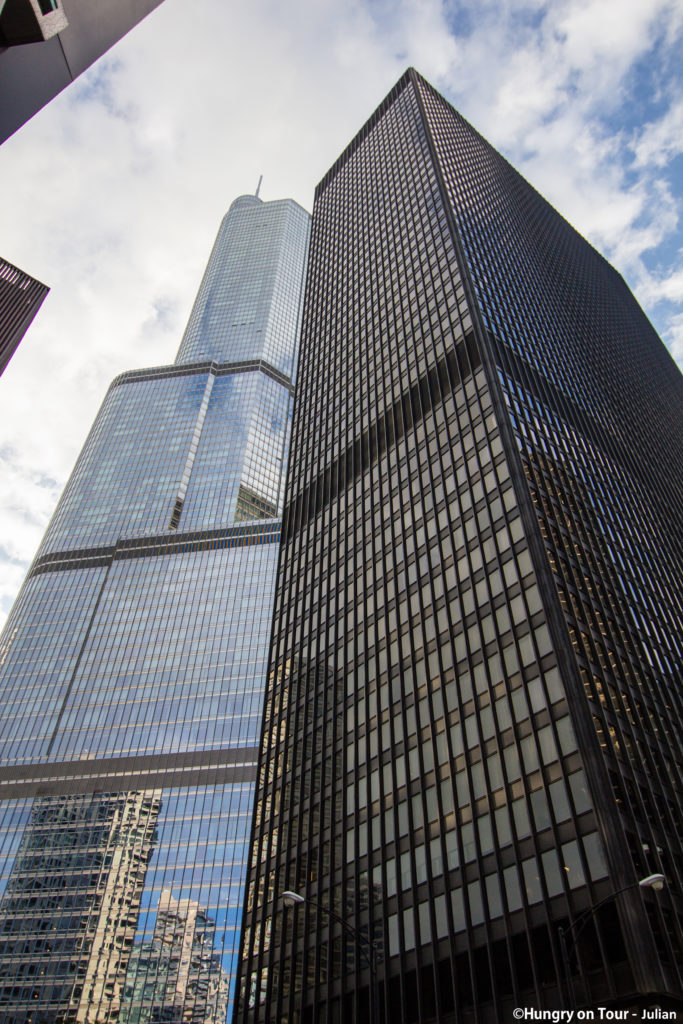 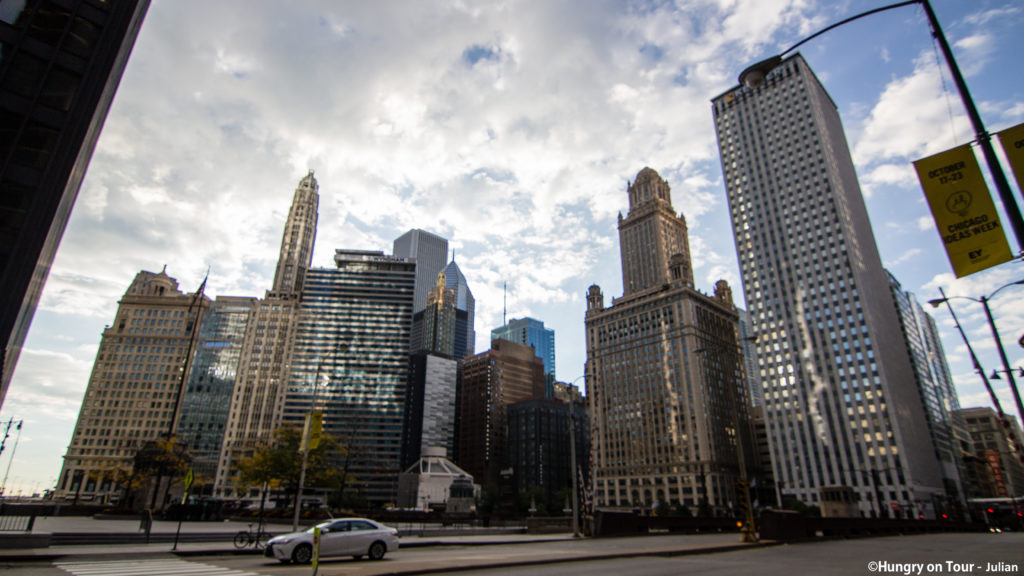 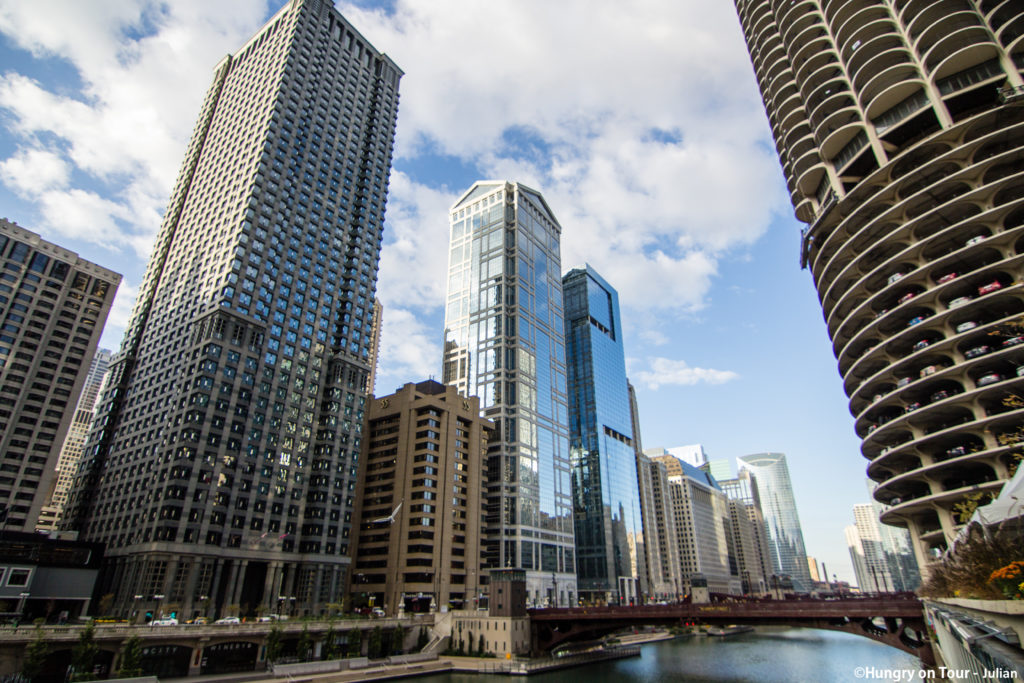 Thinking big seems to be the spirit, even with parking for both cars and boats. 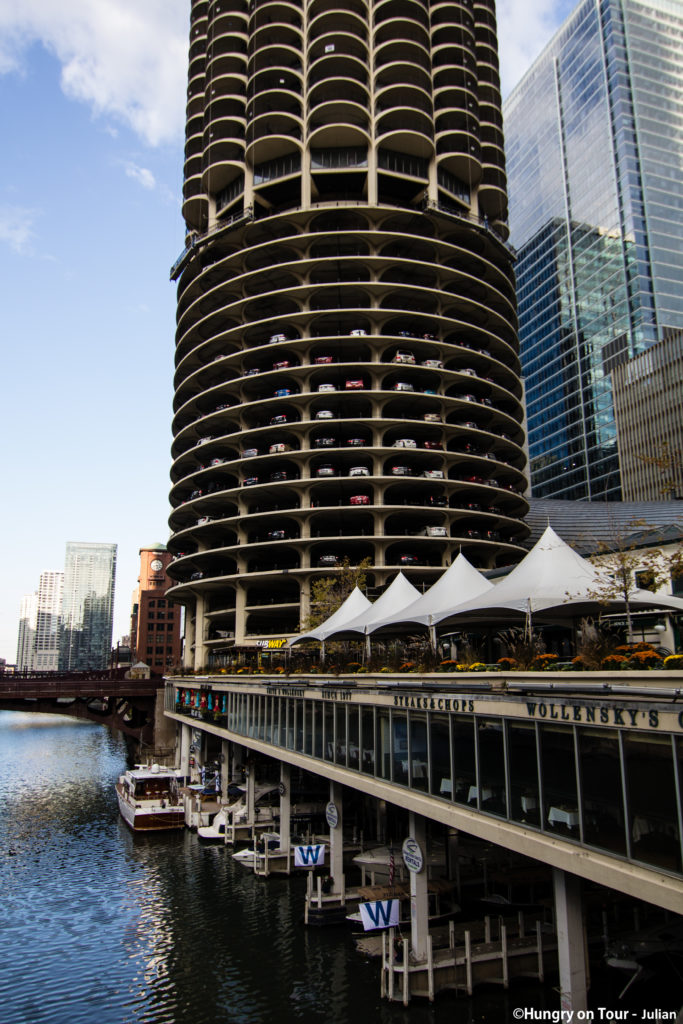 In between all those anonymous steel blocks, Chicago tries to add some charm with art sculptures spread all around the city on the little squares in between. 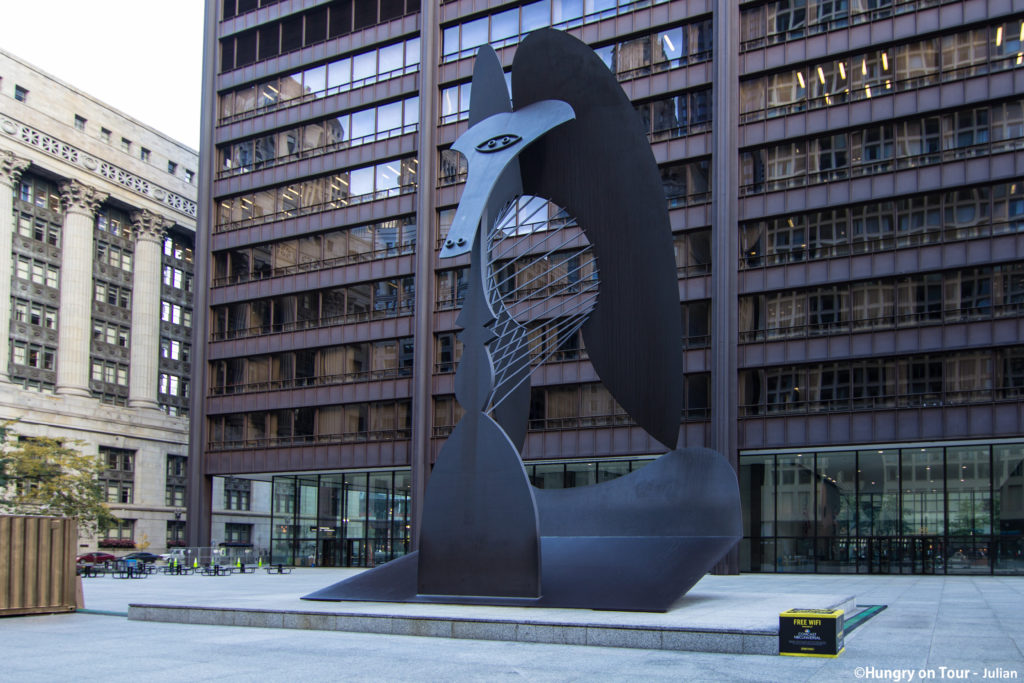 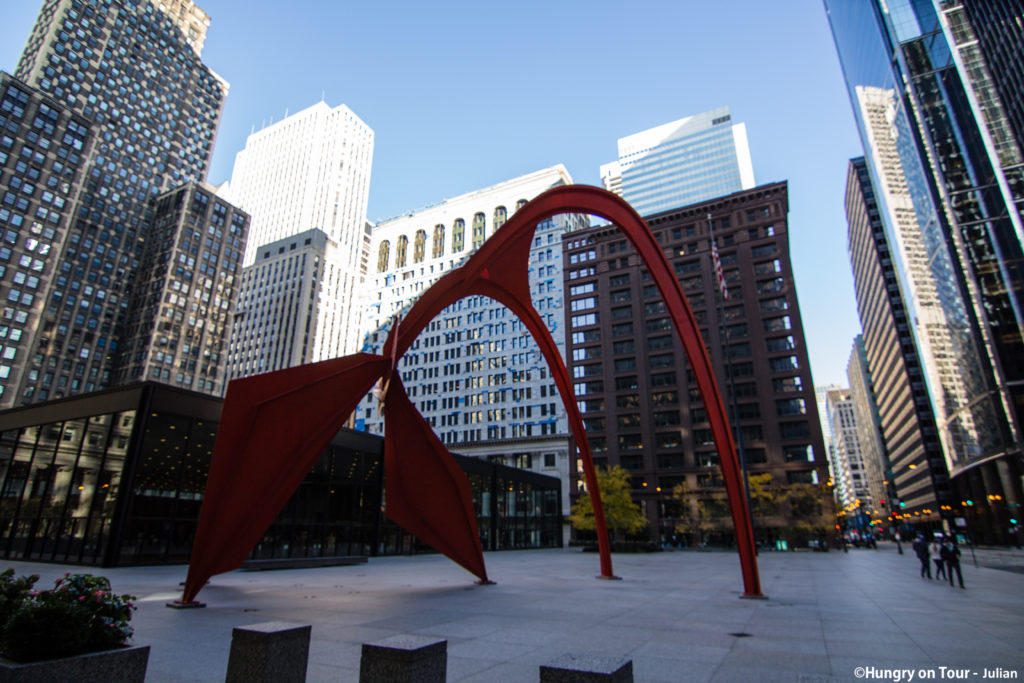 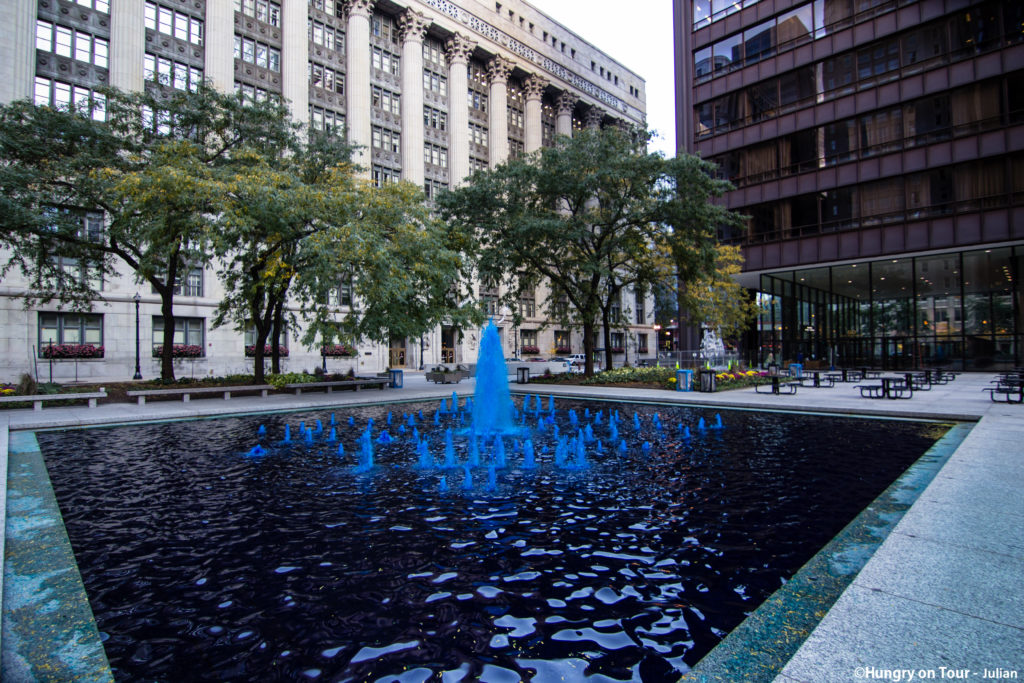 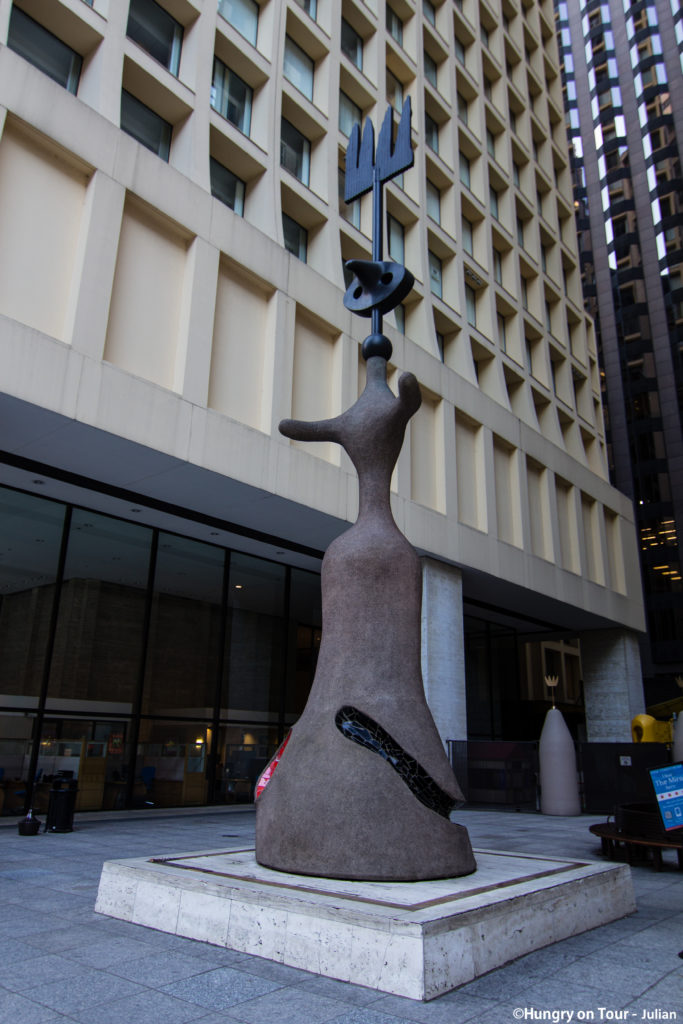 Of course I also went up Willies Tower to enjoy the view from the highest building in the city, and for a long time the highest construction in the world. So below is the 360 degree view of Chicago. 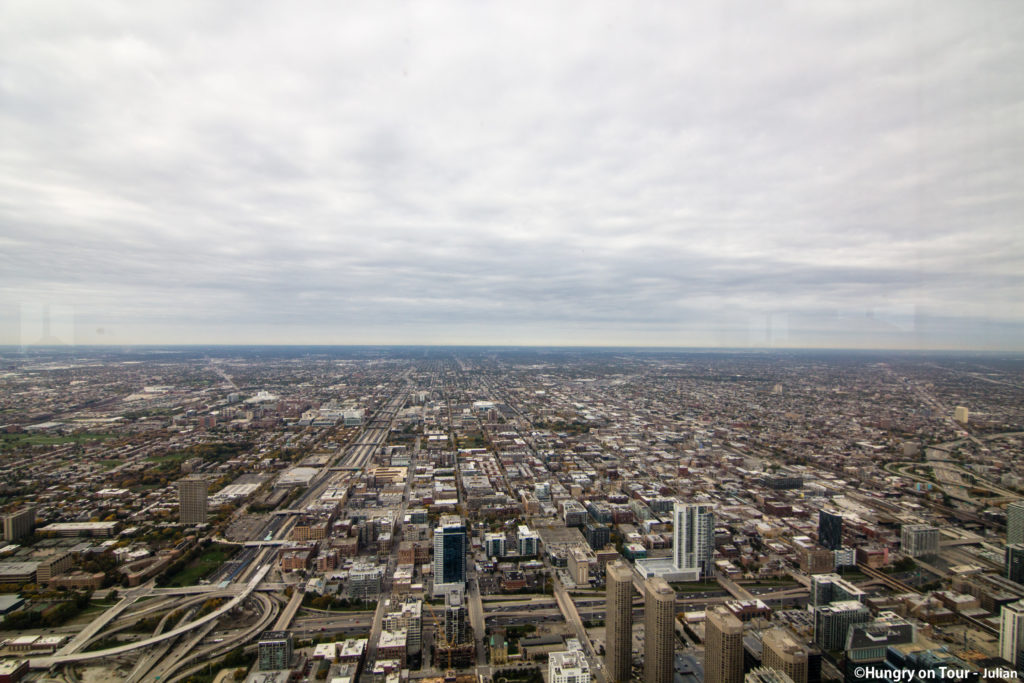 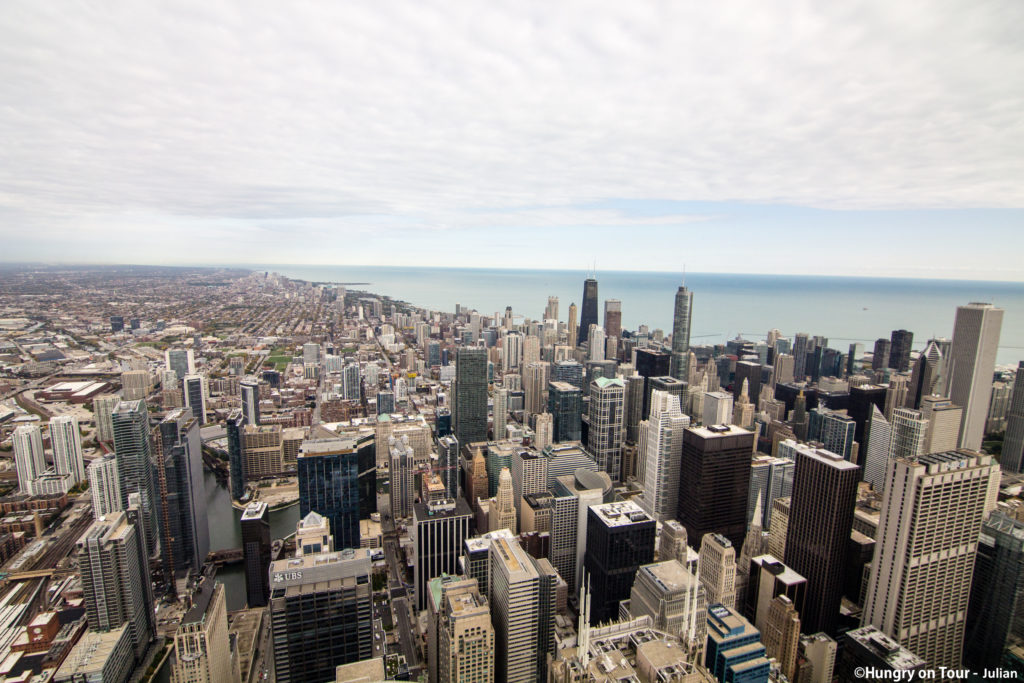 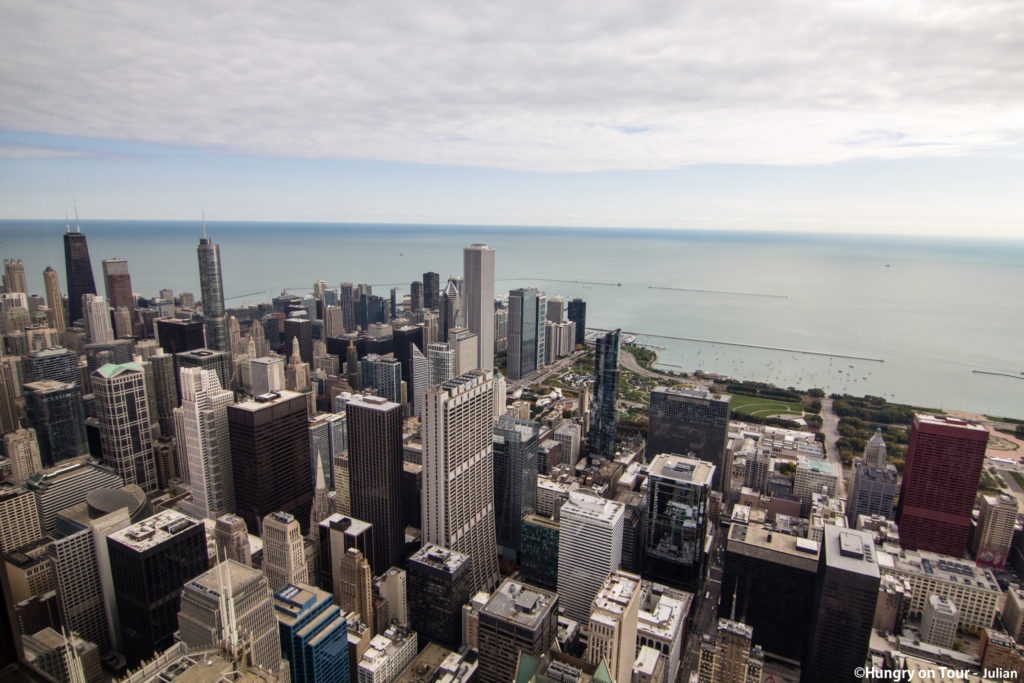 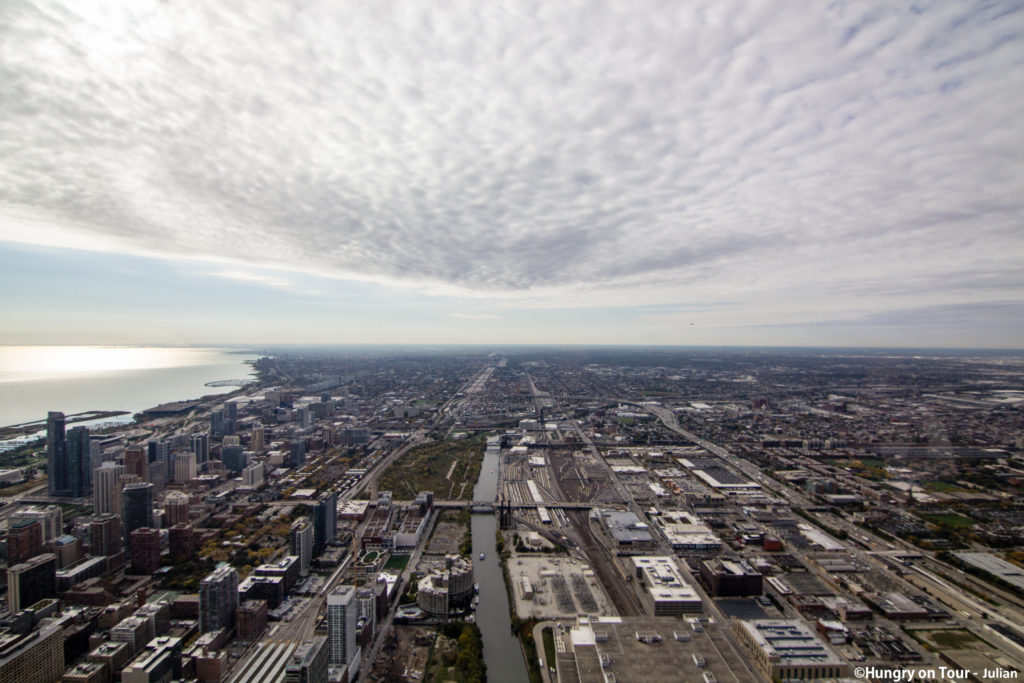 And some other nice, for me so typically American, findings of the Loop. 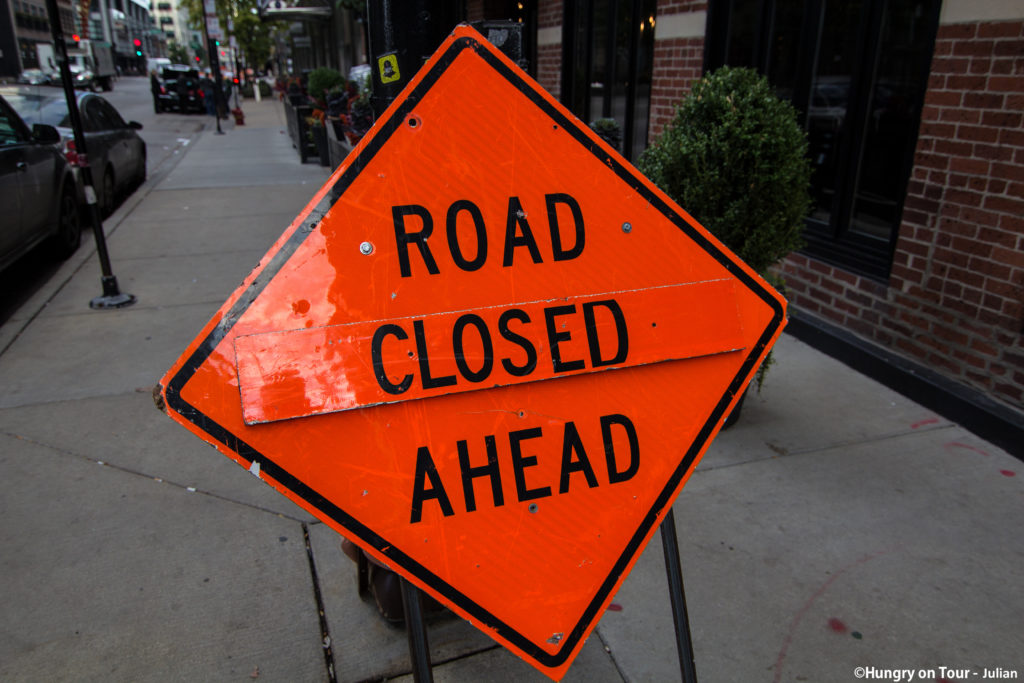 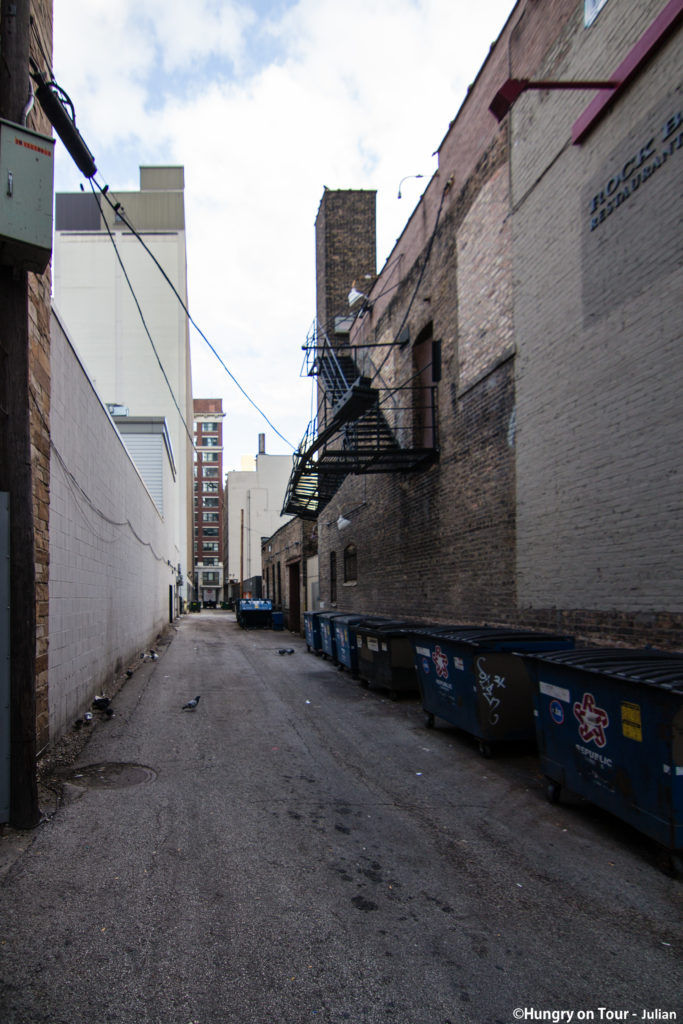 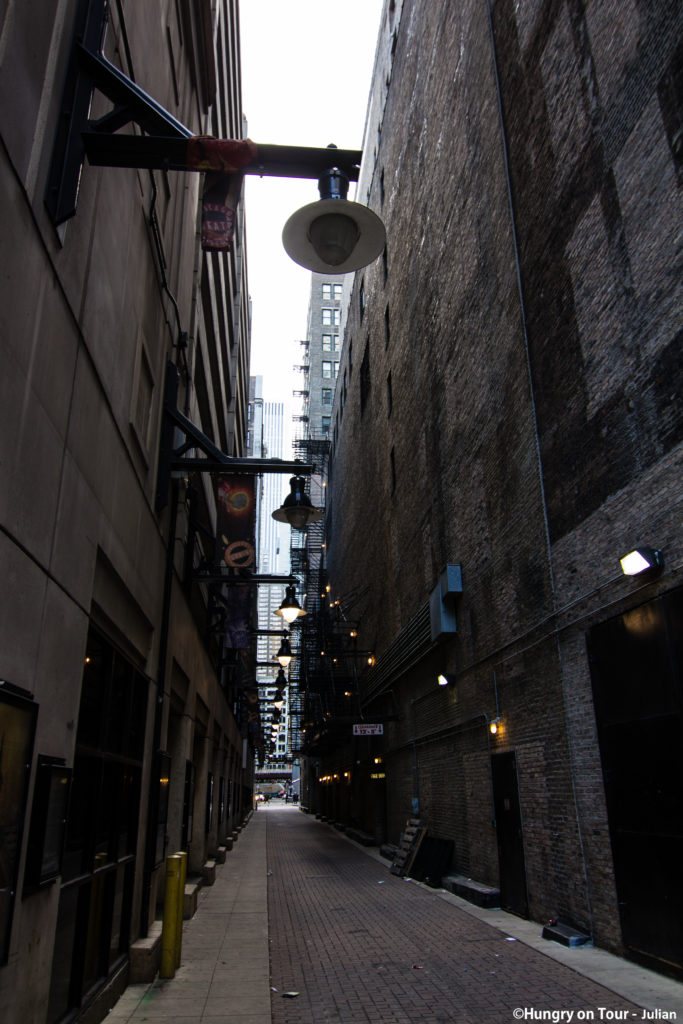 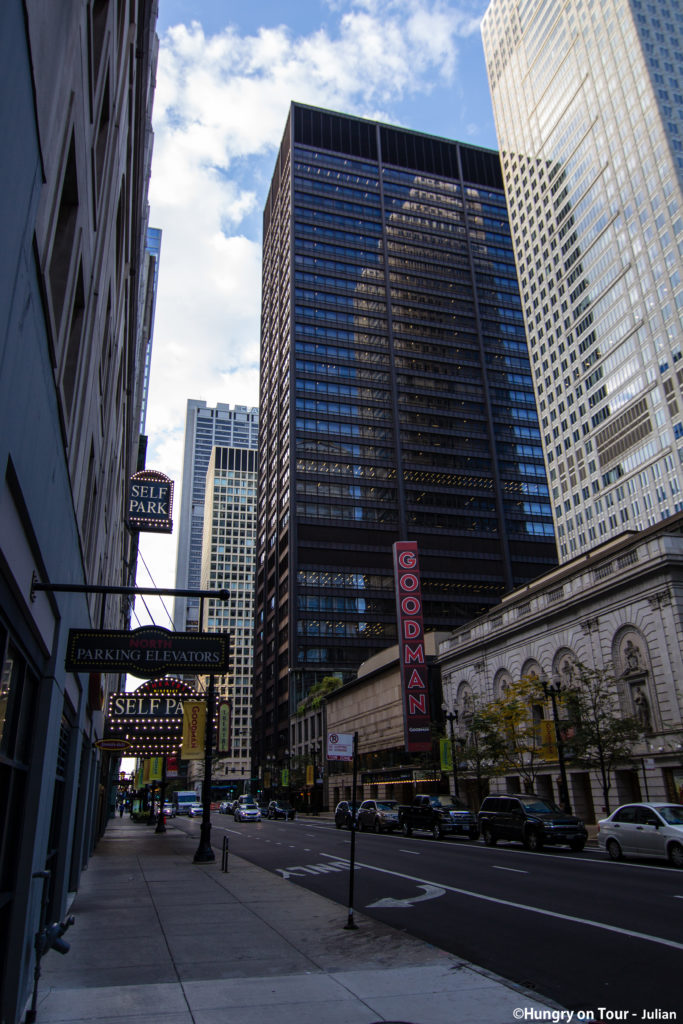 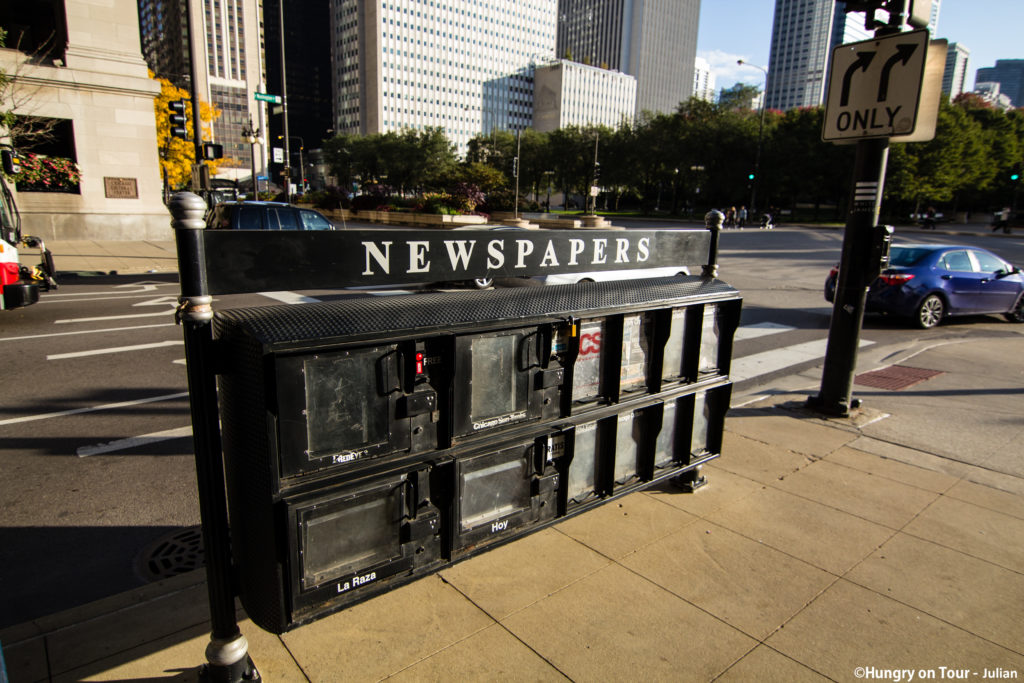 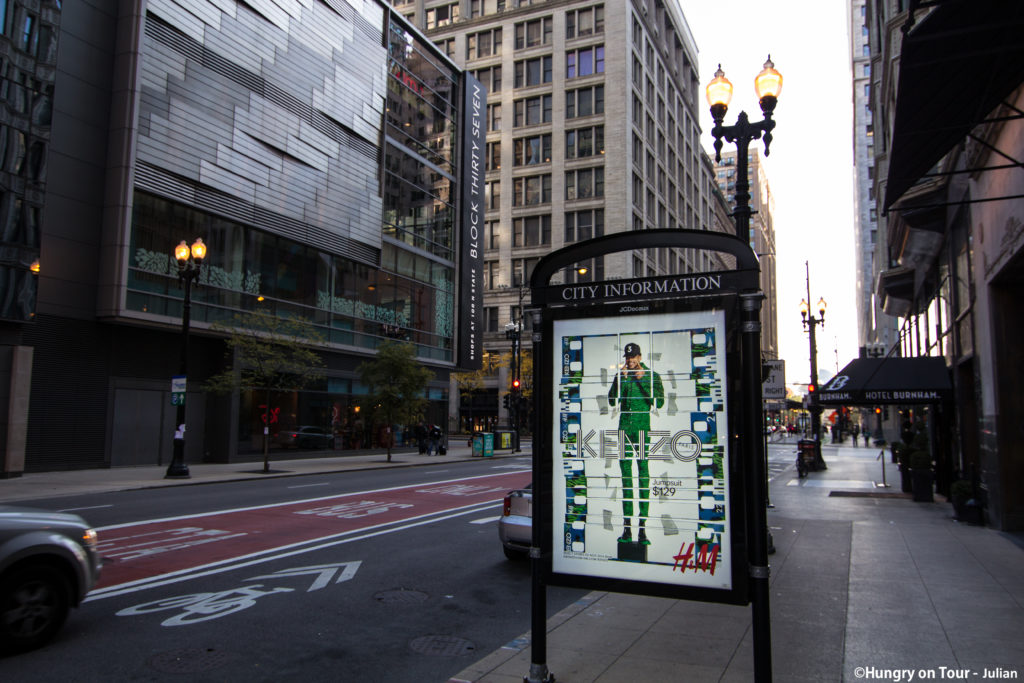 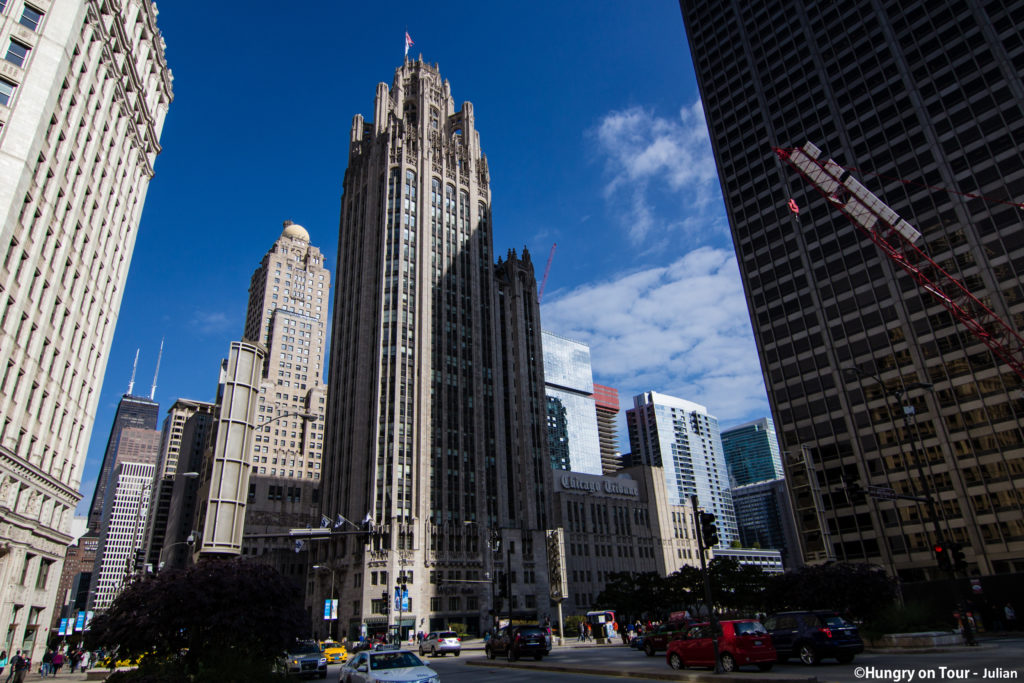 And lastly, political qualities aside, the impressive Trump Tower of Chicago. 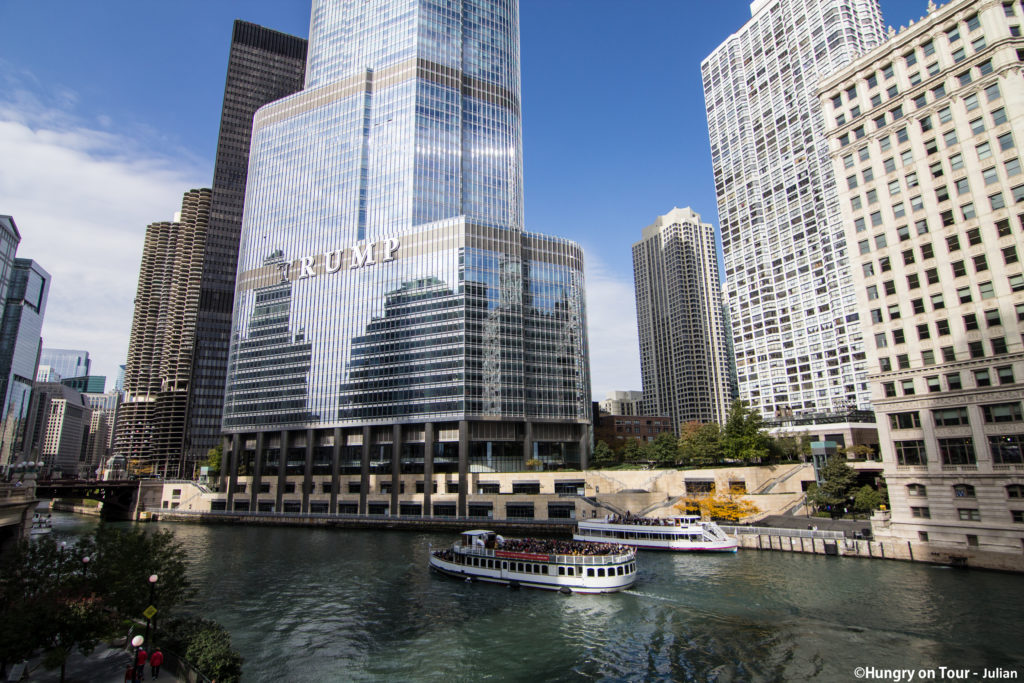 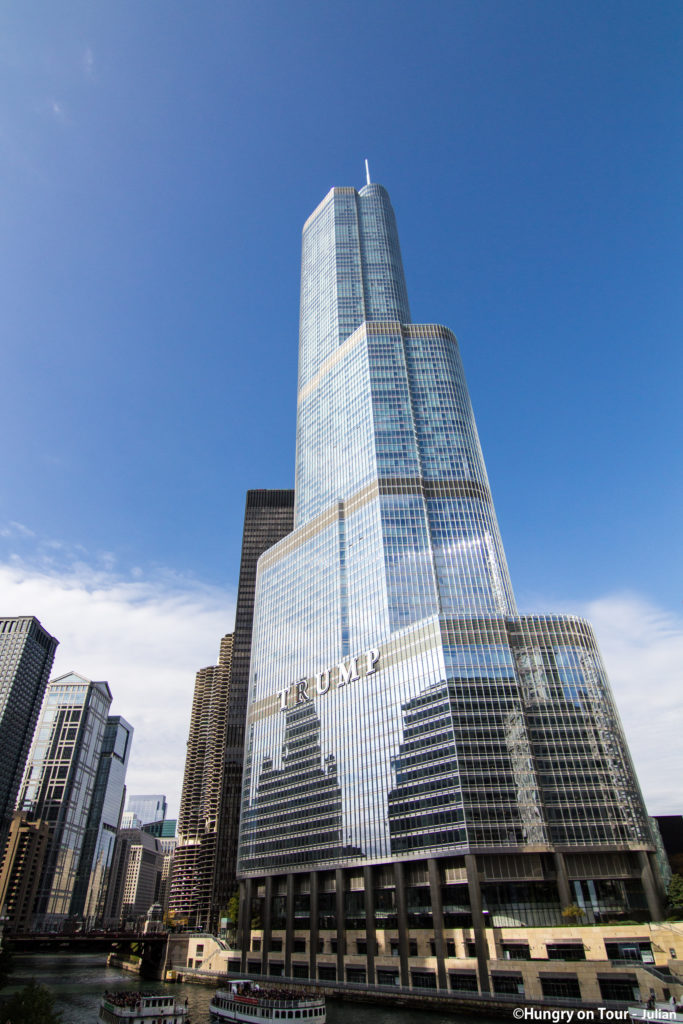