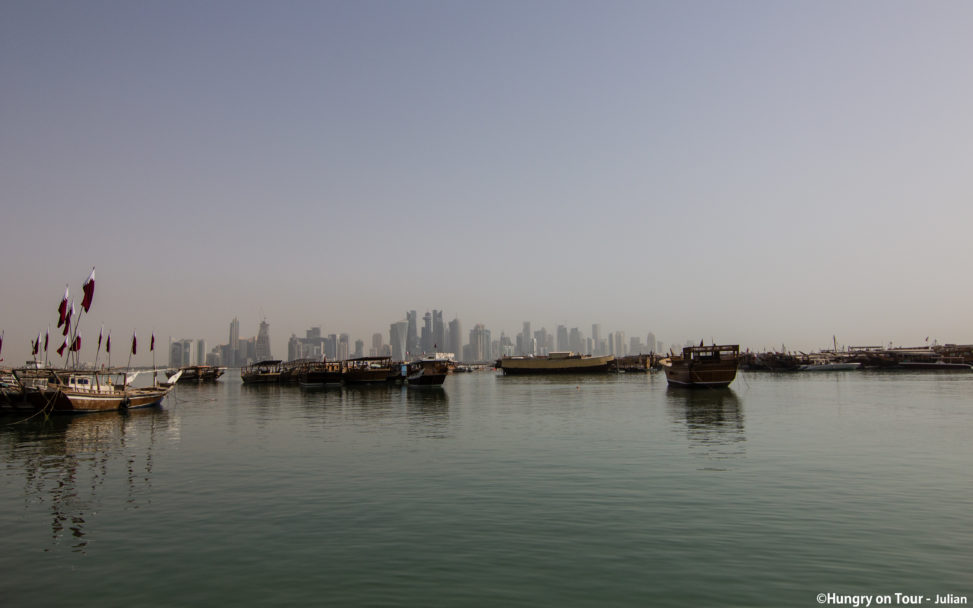 Joke aside, travelling to Doha in July is obviously hotter than most people can enjoy but I had a 12 hour layover so of course I had to see something other than the airport. The second I stepped outside the airport at 7 am I knew that it won’t be a long visit. Already at that time of the day it had 38 degrees Celsius and I felt like someone hit me in the face. Not to mention that the humidity fogged my glasses instantly. After a short taxi ride to the city I realised that it was not only me who had issues with the heat. I was basically the only person walking on the street other than people shifting from air-conditioned car into an air-conditioned building or vice versa. I resisted the urge long enough so that I at least manage to find a nice spot at the shoreline to take a picture of the skyline. 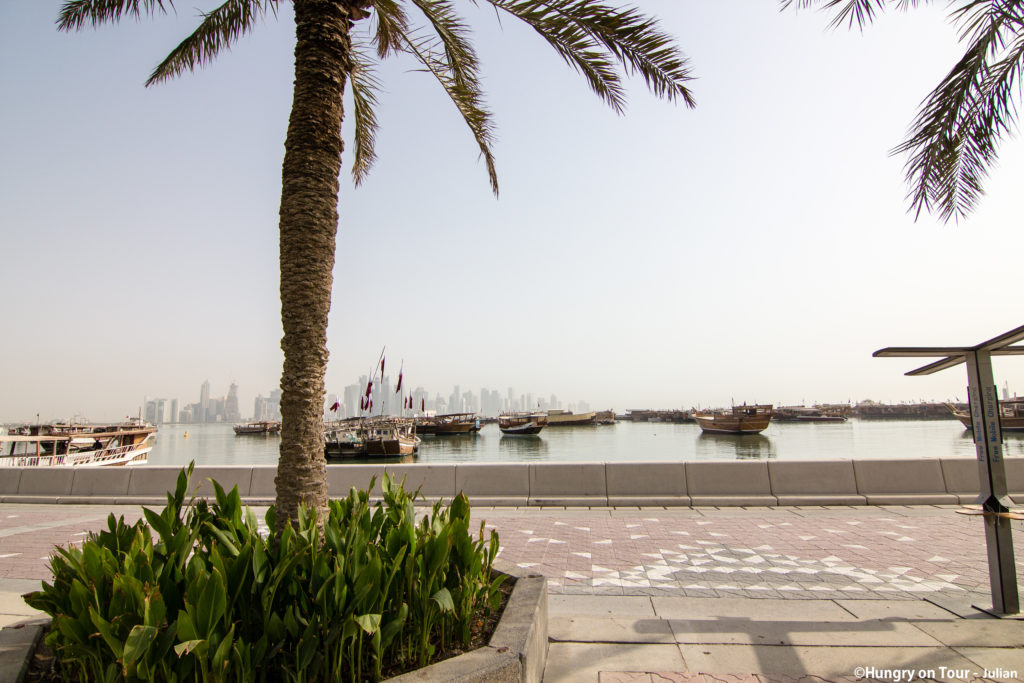 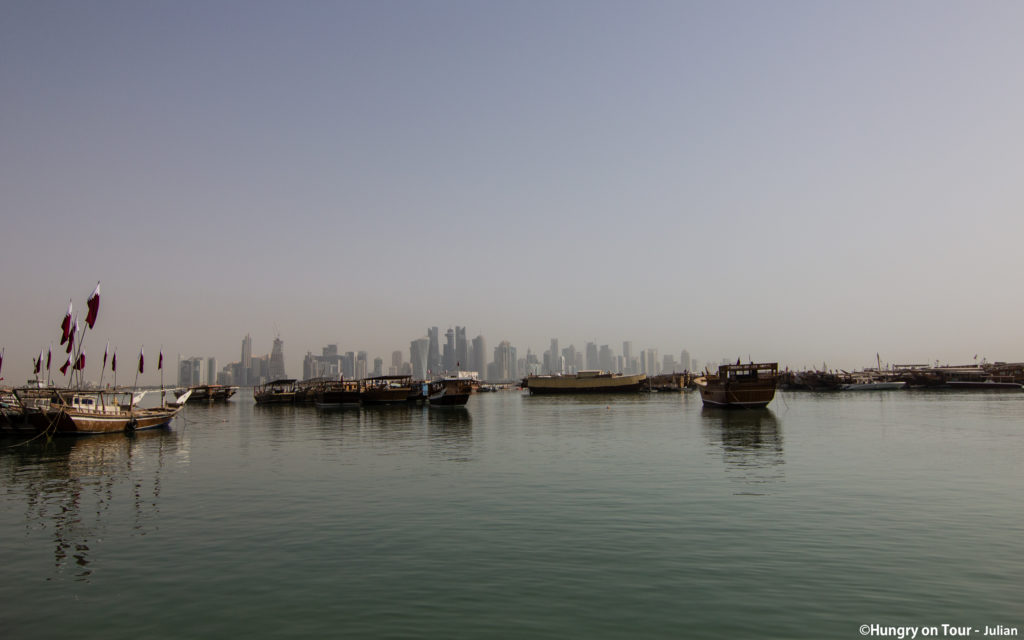 But then I searched for a air-conditioned place to eat breakfast and as luck had it I found a nice hotel that was happy to let me join for breakfast in the cool. So while I cooled down and drank water like a camel that had to cross the Sahara I had to plan my next move. I decided to visit the Museum of Islamic Art and showed up there the minute it opened. And let me tell you, this museum alone is worth a visit. Beautiful architecture in combination with a fascinating collection which lets you time-travel through different centuries of Islamic arts. 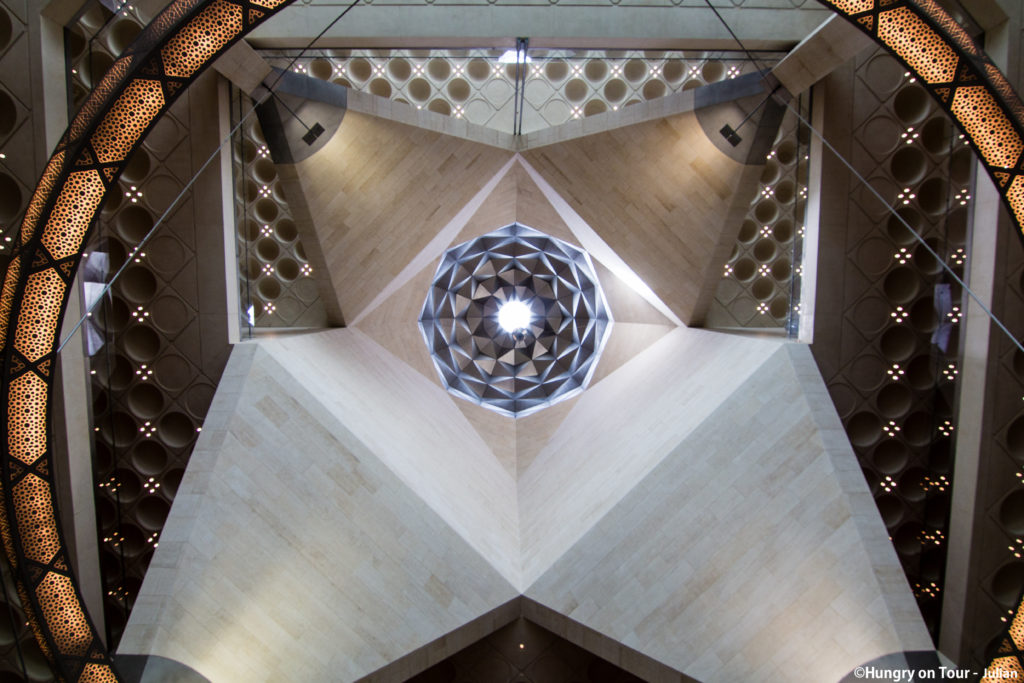